FLASHBACK A site to promote the up-coming Audio series.

Who Is This Viv Moore, I Hear You Speak Of?

If there is one woman who has “been around” almost the whole of my creative life, it has to be Viv Moore. Oh I know lots of talented women, that’s for sure and many of them have worked with me in some form or other throughout the years, but I have to say that I will always want to work with this super lady.

Viv Moore has been dancing, acting and choreographing since 1979 and I first saw her perform at York University in Toronto around about 1990 or so. It is a hazy memory at best, but all I seem to now remember of the performance was that I was completely overwhelmed when she cut her hair off and made broad sweeping statements about identity politics… You see, I had never met someone as sure about themselves as Viv seemed. At a party a few months later, I actually did have the chance to meet her and I sort of recall cornering her in the kitchen and telling her through my ever-reddening face how much I admired her – Lordy I was such a mooch! In truth though, I wasn’t just playing up to a perceived celebrity. I meant what I told her. She was fabulous and talented and wonderful and all that. I think she nodded graciously and excused herself to refill her wine tumbler… we all had wine tumblers in those days, dahling!

But I was persistent. I never forgot her. That performance lingered in my mind and as time went by I ventured out to see Viv in various other performances around town whenever I could. But dear reader, that is where my mind draws a blank because for the life of me, I can’t recall ever meeting her again. My brain has since decided that I’ve always known Viv Moore and that probably we grew up together in some far off country or something. We’ve shared a lengthy history and the truth be damned! 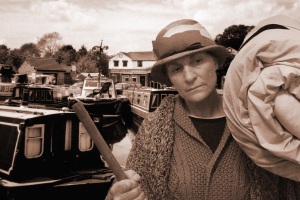 In reality Viv was born in England – on Something-Something Street in the upper floor of a house that years later I would get to see when we were shooting a dance film. The town? Well it may have been Dudley, it may have been Stourbridge or Wordsley even. Googlemaps tells me it is all three of them, but looking at the street view I recognise the house and the window of the room where Viv pointed out she drew her first breath. At the tender young age of four she trained in ballet, reaching elementary standard in the B.B.O (British Ballet Organisation), then later excelled in social dance, jazz, national dance and modern dance at Chelsea College of P.E., Eastbourne, England. After she moved to Canada, she performed in the vaudeville group the Roaring Twenties in Alberta (1974-78), and co-founded Remote Control with her now husband Dave Wilson in 1979.

But what of her more recent work, you ask? Well truly there has been no shortage of creative stuff for Viv to do. Apart from co-writing several publications, guest presenting at international conferences, and teaching in Toronto, Viv has compiled a huge body of work in the dance community – both live performance and film and television. From 1994-97, she was National Coordinator of Fight Directors, Canada, where she gained Advanced Actor Combatant level. In her own words, Viv is…

“… a dancer of my own work and an interpretor of the work of other artists; an actor; a choreographer and movement coach for dance, plays, musicals, opera and film. I teach various styles of dance including creative with a focus on individual style and image-based work inspired by butoh, as well as teaching social dance.”

So she dances, she acts, she choreographs and probably sings and juggles too, I don’t know… I’ve never asked her. But I’m guessing that if I did ask her to do something that was a little out of her oeuvre, like pirouetting while on horseback, she’d do it… or at least find a way to do it.

As far as my work goes, she’s been in three original films and one stage play that I directed. Two of those films have been on television in Canada on Bravo! the arts network – Ohm, dance through an electric eye and Waking the Witch. The other film was never released though Viv did a smashing interpretation of my Northern Irish grandmother for it, which meant learning the rather unique and somewhat difficult accent. And speaking of voice work, she also leant her voice to the opening credits of a documentary I did for OMNI Television called Lost Innocents: the Children of War in 2005 playing a newsreader.

How would I describe working with Viv? Well definitely it is a partnership… she wouldn’t have it any other way. In fact when, just a few years ago she asked me to document and help out with her Masters Thesis show for York University, I felt like we were collaborators rather than me simply working for her. She’s like that. Selfless to a fault, Viv Moore is always so kind and giving, of her time and energy, but also of her talent, her wisdom and guidance. She is an excellent teacher and a willing student when it comes to learning new things. I am often inspired by her and when it came time to cast the role of Bev 999.845.345 in Flashback, I didn’t have to think too hard.

The original Bev character in The Flashback was played by Veronika Hurnik, who was simply splendid as the paranoid alien historian. I did feel sort of bad for her though as she had to wear that silly grey hoodie and baseball cap and her scenes weren’t with the majority of the cast at all, which I think she would have preferred. Though at least in acting opposite the hilariously funny Randall Lanthier, the pair of them made up this amazing double act and simply ate up the scenes they were given. While Veronika was lovely to work with, I think she wanted to do more professional work and less freebie art projects. I don’t blame her, especially when there are bills to pay and so on and so on. But when Michael came to cast his next video, he wanted to use the characters of Bev and Beverly, (by then a tried and true comedy duo act), but didn’t know who would be able to fill Veronika’s grey plimsolls, so to speak. It was then that Michael thought he’d steal a filly from my stable of usual actors and asked Viv to take on the role opposite Randall in a video called Popular Science.

Popular Science, the last of Michael’s solo projects before his death, was about two down and out television actors slash possible alien beings trying to compete in the hurly-burly world of home décor series and do it yourself craft shows that were more than common-place on Canadian television at the turn of the century.

Essentially the characters were the same as those seen in The Flashback but a little more Earthbound. They were terribly frightened of being out of work and were forced into niche market shows in order to stay afloat financially. Viv and Randall were a hilarious duo, just as Veronika and Randall had been. The chemistry was slightly different, but then again they played off each other wonderfully. In addition, Michael also pinched Tara Samuel from The Flashback to play the role of a television interviewer trying to get to the bottom of the Bev & Beverly popularity mystery. The best things I recall from that video were Viv and Randall doing a show about learning how to write children’s names as “ancient Egyptian hieroglyphics”, making pyramid hats out of any old household items and the camera-man Pavel, doing a hand-stand while wearing a leather harness and videotaping them by holding the camera between his feet. One might be forgiven for thinking Michael’s mind was in bizarre overload the day he wrote that script!

However, Viv stands out as the replacement Bev, the new Bev, the second incarnation of Bev, (for all those Doctor Who fans out there), and it was only fitting to have her then play the original Bev, the space Bev, the alien Bev, the historian Bev… I’m confusing myself here… Well, I think you know by now what I mean. 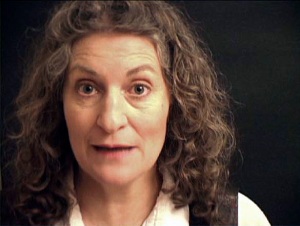 What amuses me a bit is how we’re going to graphically portray our alien historians on the cover of the CD and on the future website. The script describes the aliens as having bulbous foreheads and neon body-stockings, though maybe that is just Bellissima’s way of putting them down. I have yet to decide. Also at this point it isn’t certain whether Randall will be returning to the role as I still need to track him down and ask him, but if there’s one thing I am certain about, it is that once he knows that Viv Moore will again be his comedy cohort, he’ll most probably… definitely want to do the series. After all, who wouldn’t want to work with Viv? She’s quite simply fabulous, dahling!

For those of you who live in Toronto and want to see Popular Science or any of Michael’s work, or indeed Ohm, dance through an electric eye, I recommend contacting our distributor:

Talk to Wanda Vanderstoop. She’s lovely and tell her Ed Sinclair recommended you. She may even tell you stories about Michael…

This entry was posted on October 7, 2010 by adminedsinclair. It was filed under Uncategorized .